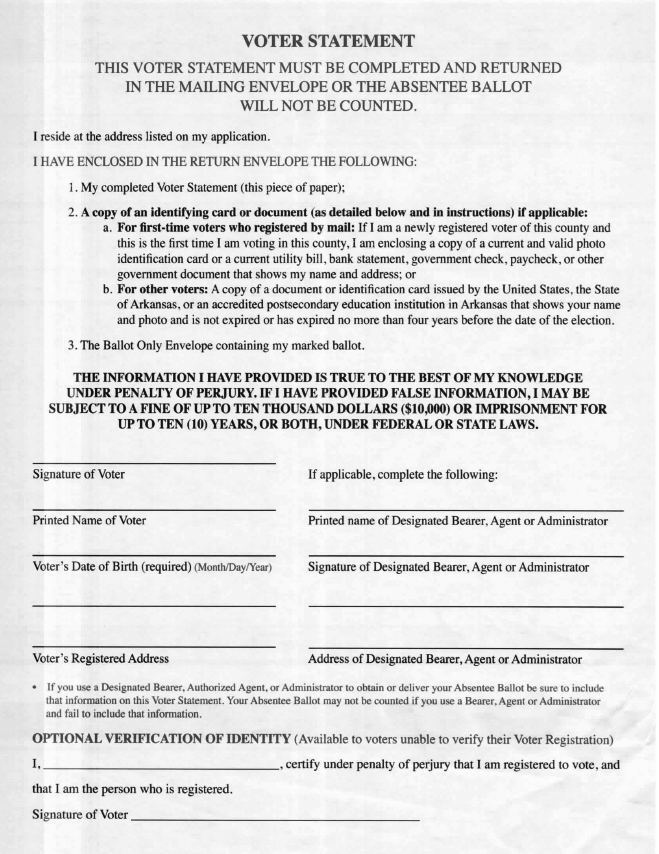 This Voter Statement must be properly filled out and returned with his or her absentee ballot in order for the vote to count. 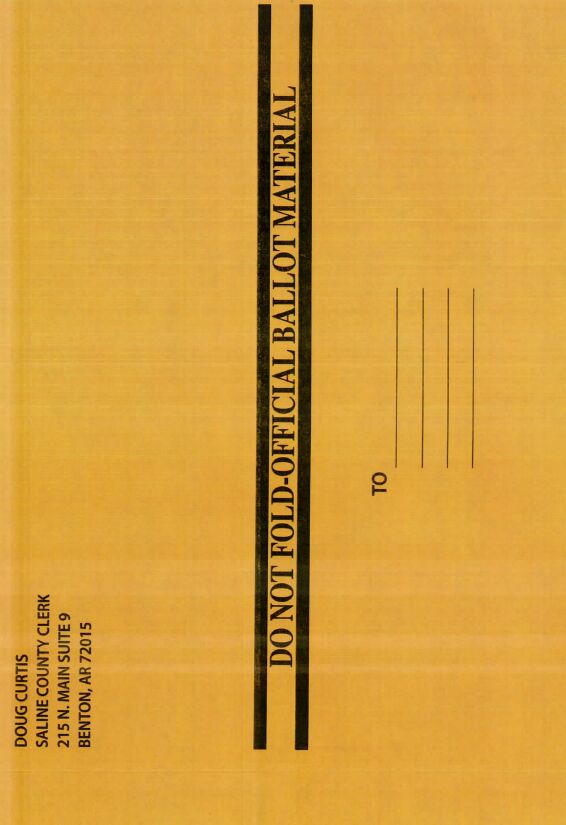 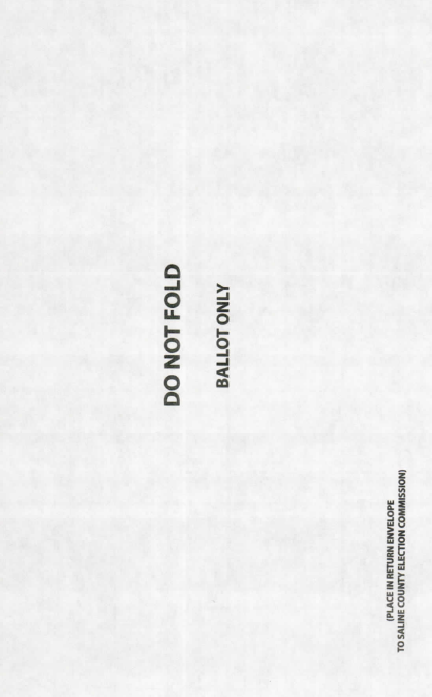 This envelope must only include the actual completed ballot. 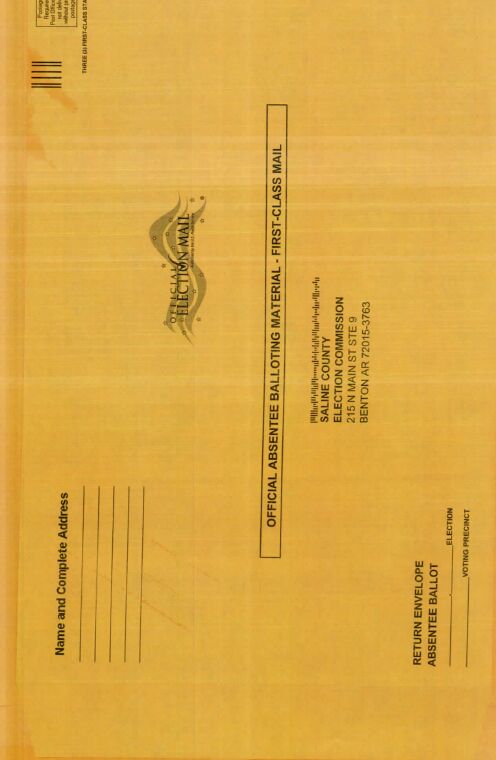 This envelope must be filled with the ballot, photo copy of the voter's identification and the Voter Statement document and returned to the Saline County Clerk's office via mail or in person. 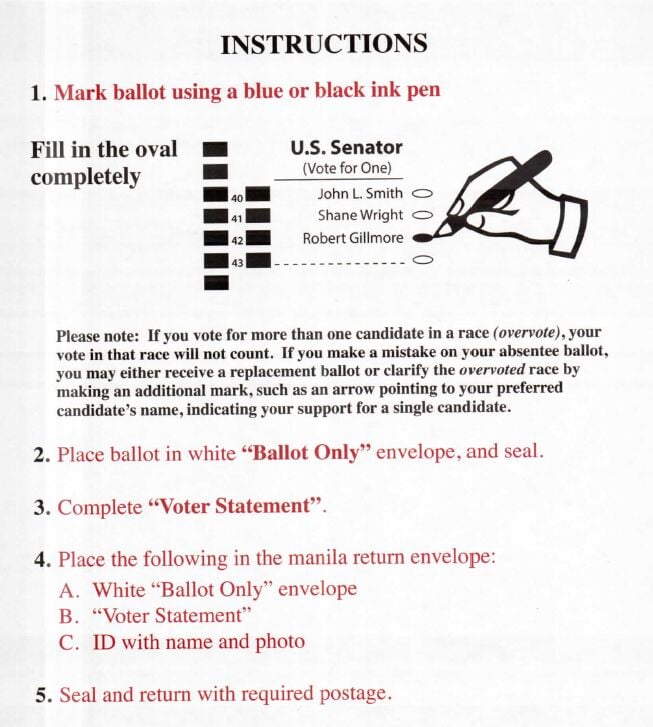 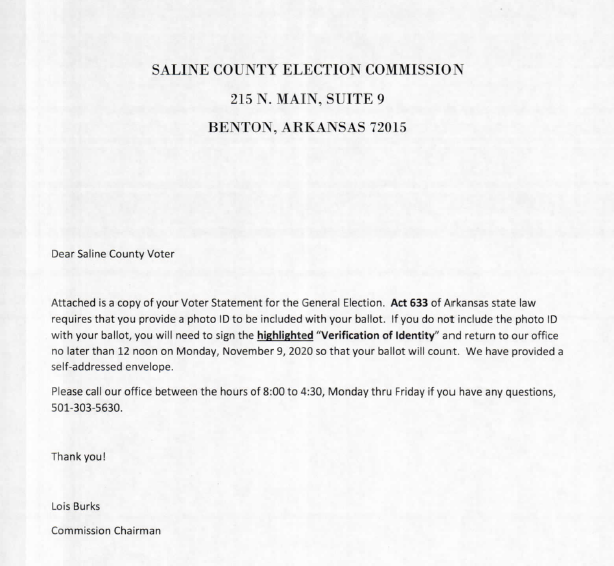 If for a voter fails to receive the Voter Statement within their ballot packet, or fails to properly fill out the form and return, he or she will receive this letter in the mail from the Saline County Clerk's office.

As more people are returning absentee ballots for the upcoming General Election, the Saline County Clerk’s Office wants people to remember to include their voter statement and a copy of their identification when doing so.

So far, Allison Cain, election coordinator, said only one person of the more than 3,600 absentee ballots have been sent out has said they did not receive their voter statement. She said another person called saying they did not have it, but after a little more looking, found they had misplaced the document.

Cain said having everything included is important for voters.

When a voter returns their absentee ballot to the clerk’s office in person, the staff always asks to make sure the voter remembered to include both the ID and voter statement.

Cain said if someone cannot have their ID scanned, they can sign the bottom of the statement saying they are who they say they are.

Gov. Asa Hutchinson made an announcement earlier this year that county clerk’s offices will be permitted to begin opening the out envelopes of the absentee ballots two weeks before the election so they can be checked for the voter statement and ID. This is known as canvassing.

In the election packet, there will be a list of instructions.

The canvassers will sort the returned ballots. The ballots that have an issue, such as missing or not filled out voter statement, will receive a sticker to let the election commission members know there is an issue.

If the voter statement is missing or filled out incorrectly, Cain said they will send a letter to the voter to let them know and give them a chance to correct the issue.

Cain said these measures are important to protect voters and insure someone is not trying to return someone else’s ballot.

She said the clerk’s office wants everyone to be able to vote and wants every vote to count.

If a voter requested an absentee ballot, but changes their mind and wants to vote in person, they must return it themselves to the clerk’s office. No other person can return it. They will have to sign the log book as well.

Cain said they understand many people are voting absentee for the first time. The clerk’s office is trying to make it as simple as possible.

The deadline to request an absentee ballot is Oct. 27.