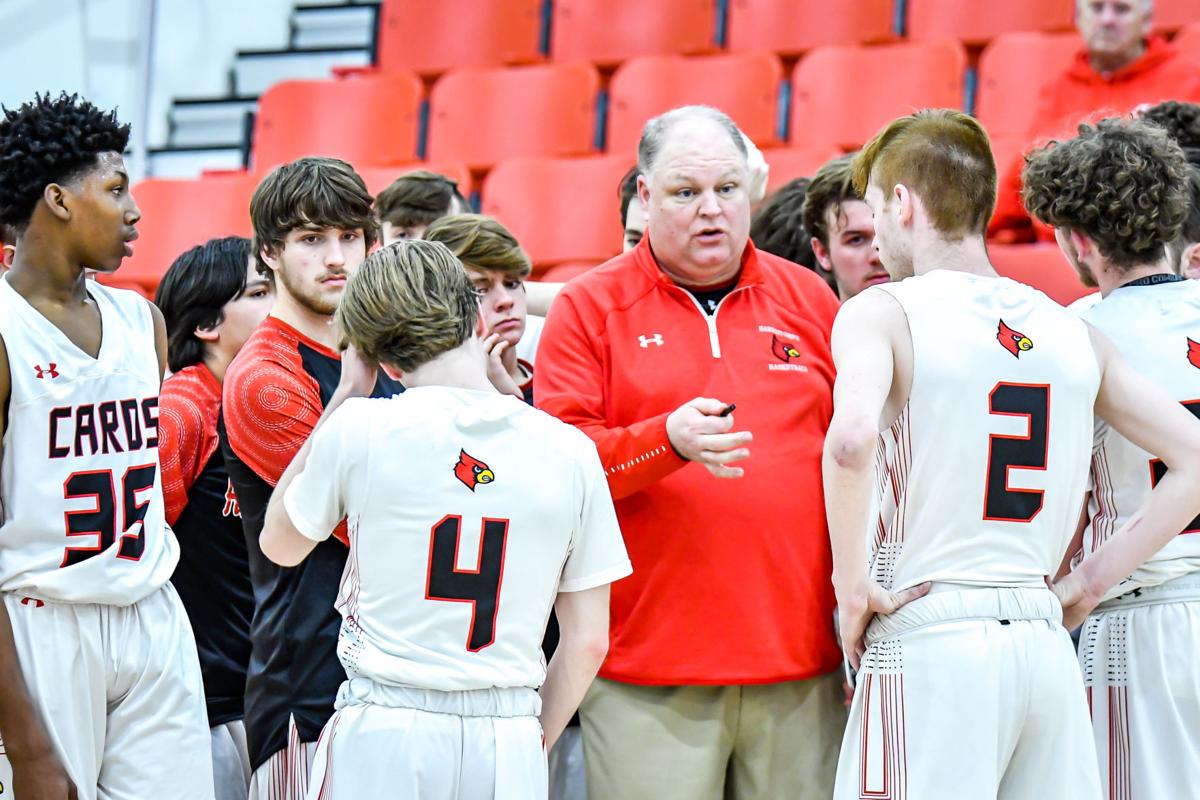 Harmony Grove Head Coach Jeff Hogue talks to his team during a timeout of a recent game. On Tuesday, Harmony Grove fell 58-43 at home to CAC. 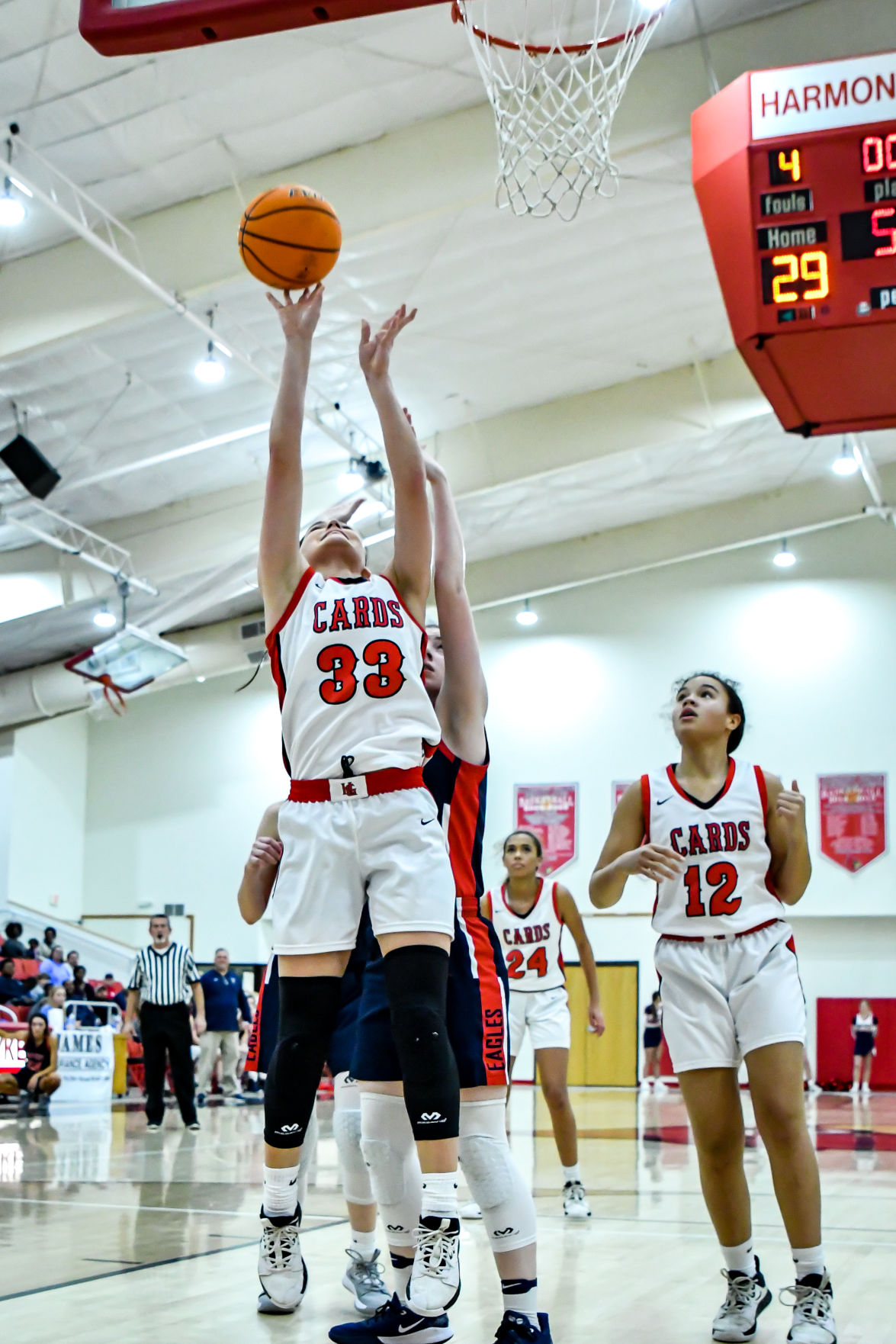 Harmony Grove senior Hailey Webb goes up for a shot during a recent game. On Tuesday, Webb scored a season-high 27 in the Lady Cardinals 56-46 loss to Central Arkansas Christian.

After breaking a short losing streak two games ago, the Harmony Grove Cardinals have now lost two straight after falling behind early and big Tuesday at home before eventually losing 58-43 to Central Arkansas Christian.

Harmony Grove found itself behind 22-5 after the first quarter and 38-16 at the half.

A second-half spark helped the Cardinals claw their way back into the contest with 13 in the third quarter and a 14-8 showing over CAC in the final frame.

The Cardinals will play host to arch rival Glen Rose on Friday. Opening tip has yet to be determined.

Webbs’ season-high not enough in loss

Senior Hailey Webb was money for Harmony Grove on Tuesday in a 56-46 loss to Central Arkansas Christian, scoring a season-high 27.

Her previous best was 21 when she did it in back-to-back games early in the season. Webb has now scored at least 20 in four games.

Harmony Grove fell behind 11-9 after the first quarter before giving up 26 points in the second quarter to trail 37-16 at the break.

The second half picked up quite a bit for Harmony Grove as it outscored CAC 16-9 in the third to trail 46-32 before also winning the fourth 14-10 in the loss.

Along with her big game, Webb knocked down a second-best five 3-pointers for the Lady Cardinals.

The Lady Cardinals move to 6-13 overall on the year and 2-5 in league play.

They will host Glen Rose on Friday. Opening tip has yet to be determined.