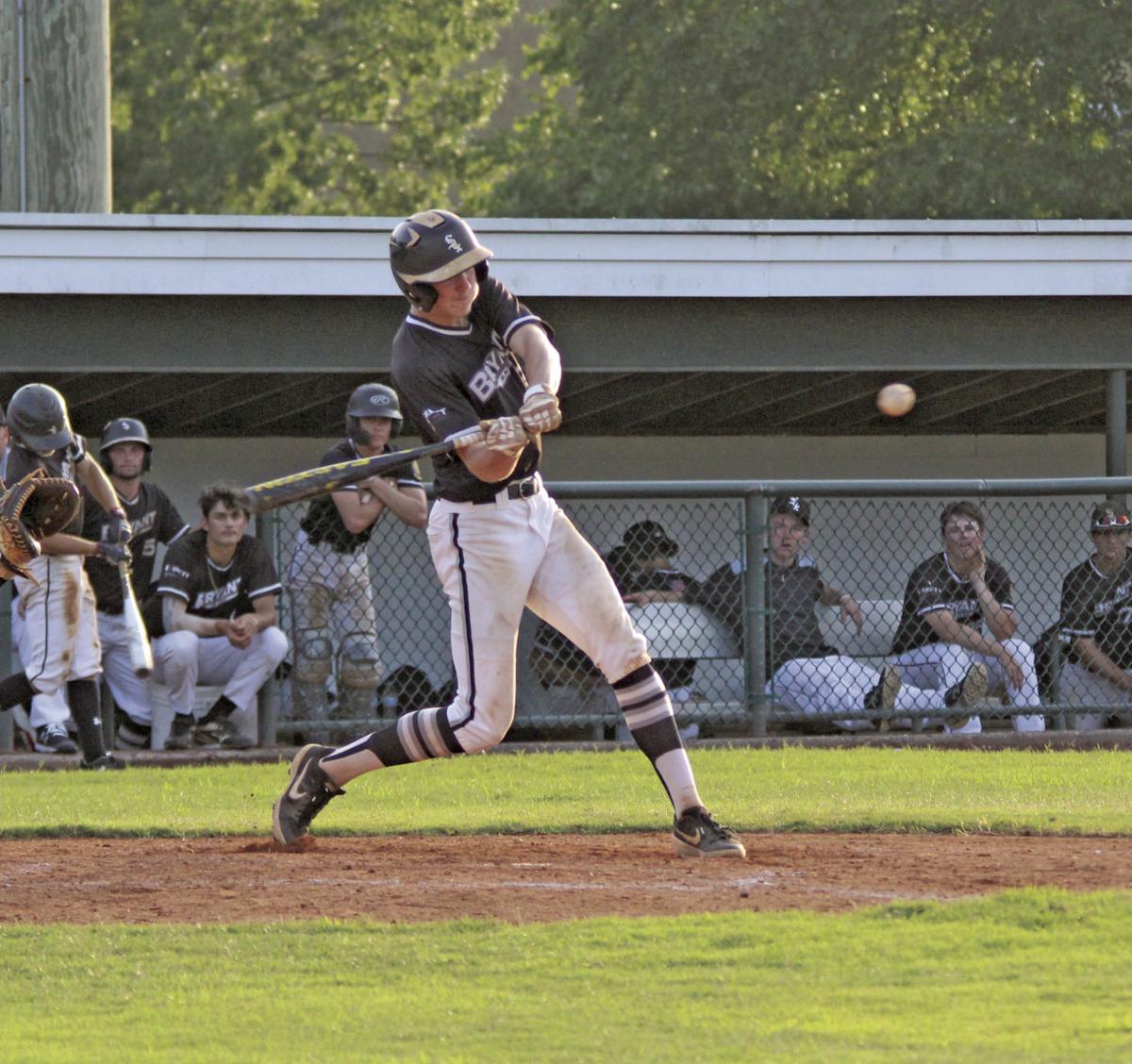 Bryant Black Sox batter JT Parker takes a cut in a game this past Tuesday at Bryant High School during a doubleheader sweep over Lake Hamilton. Parker had a good tournament in Memphis this past weekend. 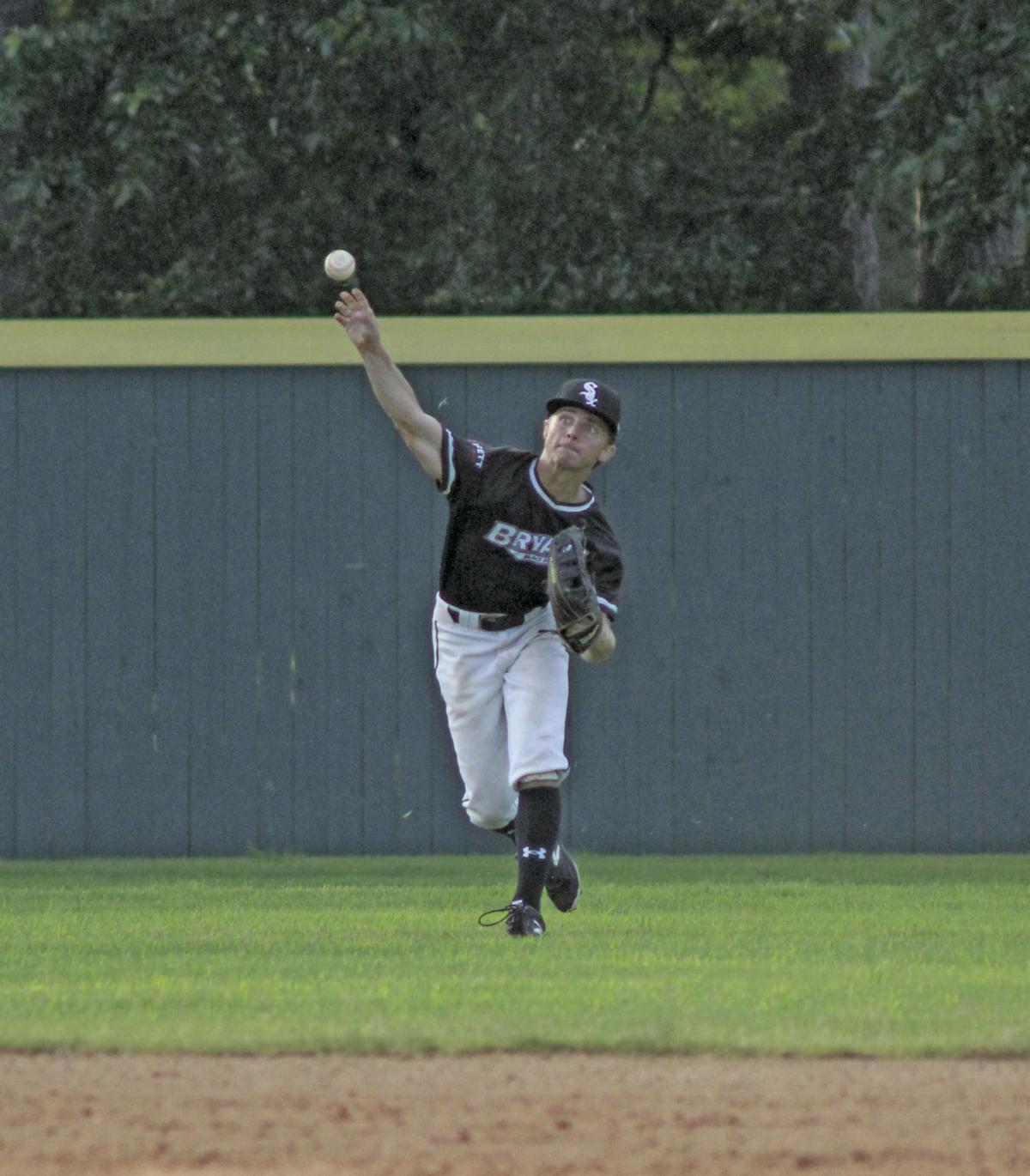 Bryant Black Sox left fielder Lawson Speer throws to the infield during a doubleheader sweep over Lake Hamilton  Tuesday in Bryant. The Bryant Jr. Black Sox went 2-2 in the Mid-Summer Tournament in Memphis this past weekend.

Though getting off to a slow start at the Mid-Summer Tournament in Memphis, the Bryant Jr. Black Sox (17U) would finish the tournament with two wins this past weekend to improve to 10-7-1 on the season. The Jr. Sox fell 5-3 to the Memphis Tigers and 11-4 to Easley Baseball on Friday and early Saturday, but regrouped Saturday afternoon to down Paragould 8-1 and Sunday defeated the STL Gamers 11-5.

Luke Dreher doubled to get things started, and after a fly out, Cade Parker singled to put runners on the corners. Jordan Knox laid down a squeeze bunt to plate Dreher for the 2-1 lead, which would never be relinquished. Lawson Speer singled and Connor Martin scored Parker with a single to left. JT Parker followed with a 2-RBI double for the 5-1 lead after two.

The Gamers picked up a run on a sacrifice fly in the fourth, but the Jr. Sox upped their lead to 9-2 with a 4-spot in the bottom of the fourth, helped by an error, JT Parker RBI triple and a run on a passed ball.

Morrow had another good game in the 8-1 victory over the Paragould Chaos. Morrow gave up just three hits and a walk in five shutout innings while striking out six, and also had a hit and RBI in the win.

The Jr. Sox jumped on Chaos with five runs in the first inning and added three more in the fourth for the 8-0 lead before Paragould scored its lone run in the top of the sixth.

Easley Baseball handled the Sox in the 11-4 defeat, outhitting Bryant 13-6, with Morrow Bryant’s only player with a multi-hit game. Dreher added a hit and two RBIs.