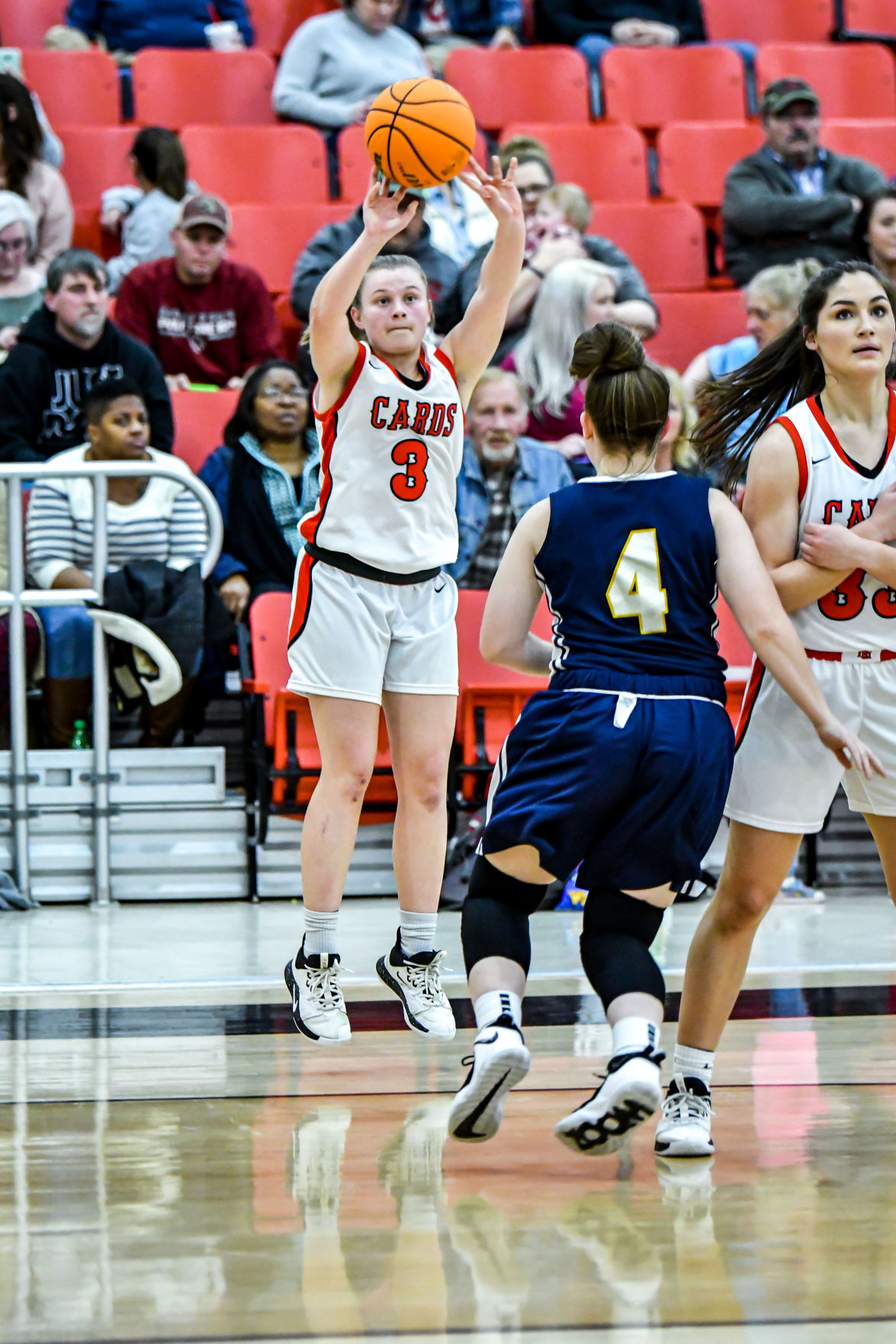 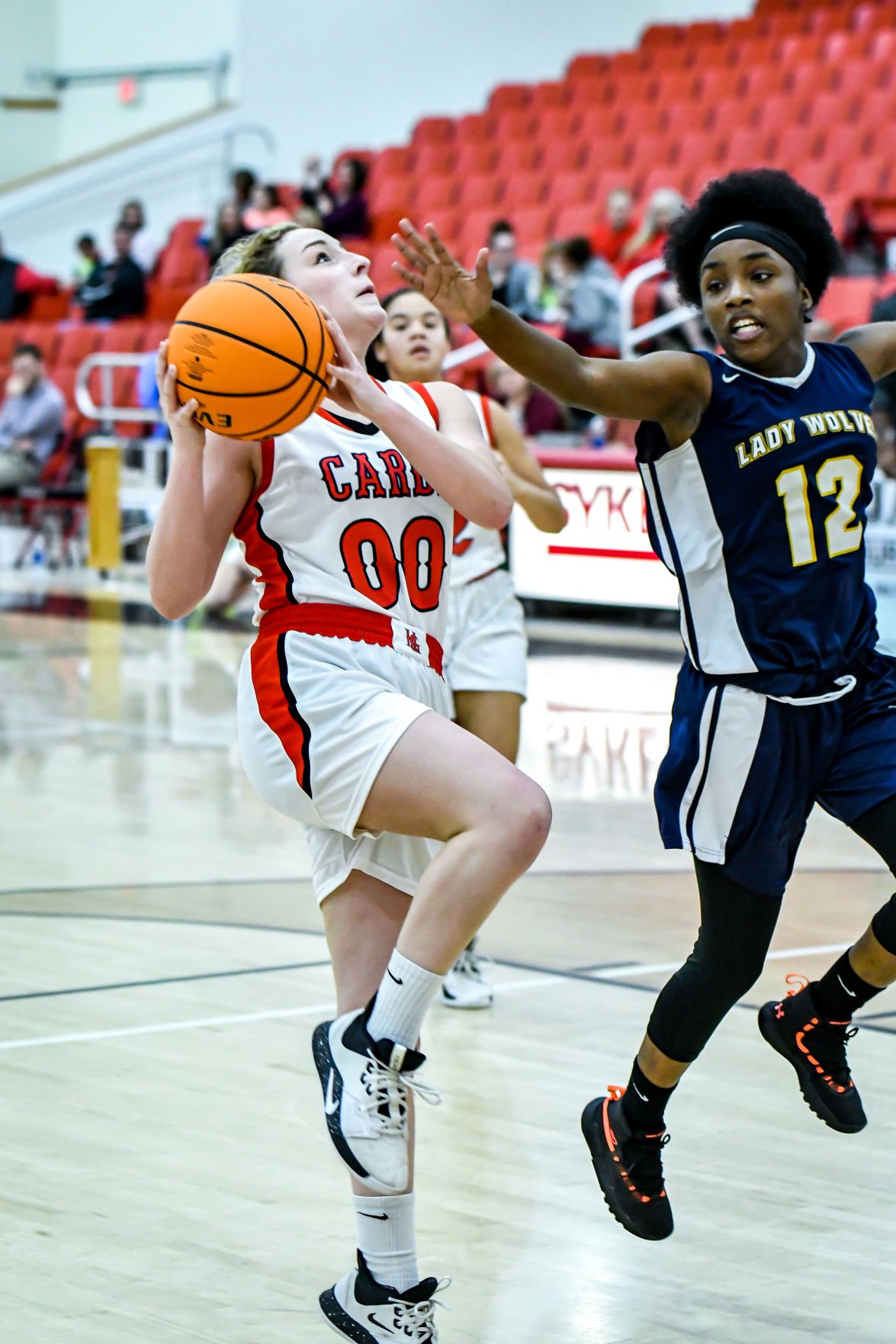 Harmony Grove junior Megan Clay goes up for a shot against a Jacksonville Lighthouse defender in a game last week. On Tuesday, Clay helped her team to a 49-48 win over Baptist Prep on the road, scoring six of her eight points in the final quarter. 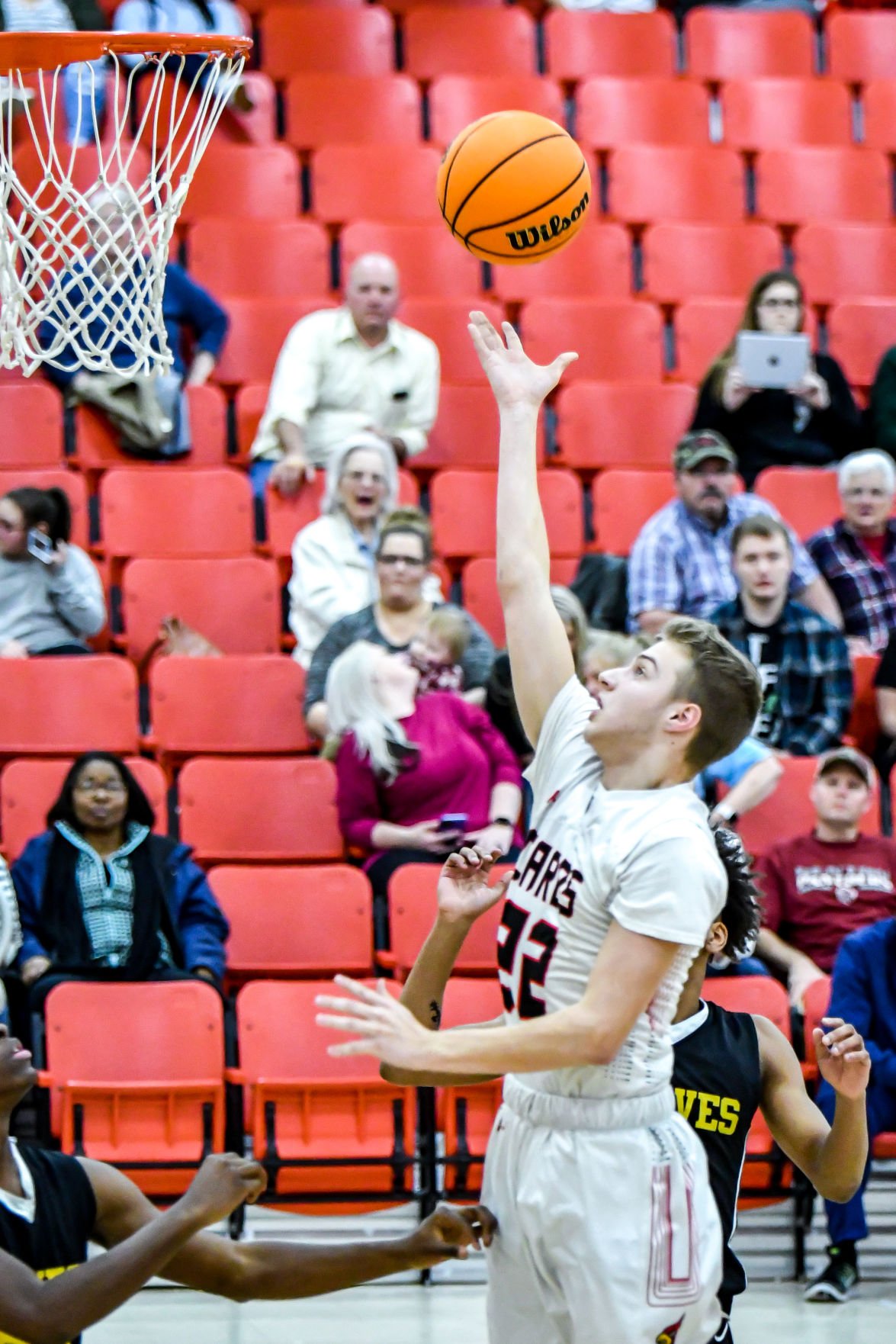 Harmony Grove senior Collins Melton goes up for a shot in a game earlier this season. The Cardinals fell 70-49 to Arkansas Baptist Tuesday in Little Rock.

The Harmony Grove Lady Cardinals enacted some revenge on 5-3A Conference foe Baptist Prep on Tuesday, winning a nail-biter 49-48 on the road.

However, a spark in the second half helped Harmony Grove to the comeback.

Needing something to start rather quickly, Harmony Grove added 11 in the third to trail 38-30 with a quarter to go before outmatching Baptist (16-10, 8-5) 19-10 in the fourth to seal the one-point win.

Senior Kailey Southerland led Harmony Grove with 18 on the night, including nine in the fourth.

Megan Clay played a major role in the comeback as well, adding six of her eight points in the final frame as well.

Grace Reese, a hot-shooting sophomore, followed Southerland with 15 on the night to keep her stellar season rolling.

Harmony Grove will close the regular season Friday with a trip to Central Arkansas Christian in North Little Rock.

The Harmony Grove Cardinals have had a tough go at this season. On Tuesday, their woes continued with a seventh loss by at least 20 points.

Playing at Baptist Prep, the Eagle rolled to a 70-49 victory, scoring at least 13 in all four quarters.

A 20-point outburst in the third gave the Eagles a 52-39 advantage before adding 18 more in the fourth.

The loss moves Harmony Grove to 7-17 overall on the year and 2-10 in conference play.

Tyler Nuckols led the Cardinals with 14, followed by Isaiah Scruggs with 12. Carson Withers would add seven while Kanon Harmon followed with six.

The Cardinals will end its regular season at Central Arkansas Christian on Friday. Opening tip is set for 7:30 p.m.